At Bristol Physio we are proud to work closely with a number of other great people and businesses. Click on the links below to find out more about our business associations. Based on North View in Henleaze, Active 8 Health & Fitness is a personal training gym where each individual is trained according to their level and experience.

Alex had over 15 years of experience providing osteopathic treatment alongside a budding triathlon career. He is the World Record holder for completing the Three Peaks Challenge by cycling between them.

Bristol and District Triathletes (BADTri) is one of the largest triathlon clubs in Bristol and is a British Triathlon ‘Star Accredited’ Club meaning they have the highest standards of training and coaching for every member. Bristol Physio has long been associated with the club.

The Head Office of Bike Science is based just up the road on Whiteladies Road and ever since Andy Sexton and Tony Gill started providing Bike Fit Courses, the relationship has grown and grown. Bike Science offer the highest level Bike Fitting in the country using the Retül Precision Bike Fitting and at Bristol Physio we believe you cannot get any better.

Priding themselves on a knowledgeable service, Bike UK on the Triangle in Bristol is one of the largest cycling stores in this large cycling city. With a highly experienced service team, Bike UK is a vital link for any cyclist.

Based in the heart of Bristol, Bristol Grammar School has a large number of pupils who benefit from Bristol Physio input at their playing fields up at Failand and at our clinics.

Based on the Harbourside in Bristol for over 60 years, Bristol Rowing Club goes from strength to strength and Bristol Physio is delighted to help this fast growing rowing club.

Iain Packham is a Consultant Orthopaedic Surgeon and specialist in the diagnosis and treatment of Shoulder and Upper Limb conditions.

One of the oldest hockey clubs in the country, Bristol Physio has been associated with Firebrands for 3 seasons now and this successful club has been growing ever since. With the Ladies 1st XI in the National League and the Mens 1st XI looking to join them, it is exciting times for the Failand based club.

FKPro is the ultimate functional training tool developed by a team of elite physios and coaches. We are passionate about fitness, conditioning and sport. 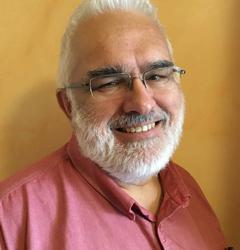 Gazelle Office is a Bristol-based supplier of brand new furniture and office accessories. They also provide support at every step of the office design process, from the initial brief right through to the fitting out and aftercare. Read More…

Jo is a fully registered physiotherapist, Pilates and fitness instructor...  Her work includes working with all kinds of the general public to Olympians and athletes from the Great Britain Paralympic ski and snowboard team. Read More...

Close to our main clinic off Whiteladies Road, Bristol Moti has long been a partner of Bristol Physio as they provide expert care and advice on all things running related but especially the care around running shoes.

With clinics in London and Bath, Neil Bradbury is one of the most well known names in the Knee World. Helping to treat patients across Bath and Bristol, Bristol Physio is delighted to be linked with Neil.

Based in the heart of Clifton, Oakfields PT provides expert Personal Trainers for any level of individual. They also organise the Paradise & Back Leight Woods Trail Run held annually. More

The club was born out of the Old Boys of Bristol Grammar School but today is an open and friendly Rugby Club for Men, Boys, Ladies and Girls. With over 400 ‘minis’ on a Sunday morning, OB’s is one of the fastest growing rugby clubs in Bristol and at Bristol Physio we are proud to be providing support to the club. 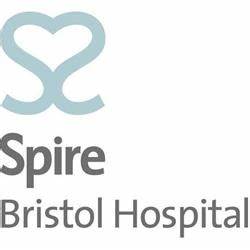 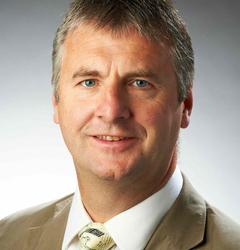 Stuart Miller has been a sport and exercise physician since 1994. As well as providing Sport and Exercise Medicine services at the Nuffield Health Bristol Hospital, he works as a Senior Sport and Exercise Physician at the English Institute of Sport where he is also the national lead for Paralympic Sports and Chief Medical Officer to the British Paralympic Association. Until recently, he was also Clinical Director of Sport and Exercise Medicine at the University of Bath. He helped set up a musculoskeletal interface service in North Somerset and has in provided musculoskeletal services for many years.

In 2008 he became the first formally recognised specialist in Sport and Exercise medicine.

Stuart was the Lead Sports Physician for the London 2012 Olympics and Paralympics and Chief Medical Officer to the Paralympics GB team at the Beijing 2008 and Rio 2016 Paralympic Games and Sochi Winter Paralympics in 2014. For a number of years, he was also the doctor to the England Karate team.